Room to Roam in Up-and-Coming Neighborhoods 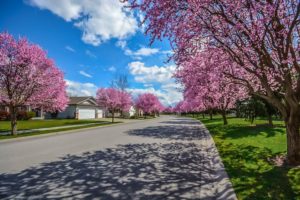 Living in DC is expensive.

In fact, the region typically ranks in the top 10 most expensive metropolitan areas in the US. As housing prices and rent prices continue to rise, many residents are left with little disposable income, after covering their basic living expenses. Housing costs are especially troubling for DC renters, who may not know the advantages of buying versus renting long-term. Right now, it is 15 percent cheaper to buy than rent in Washington, DC.*

But where should DC residents consider buying?

Neighborhoods, like Petworth, Brightwood, 16th St Heights, and Fort Totten, are ripe for the picking. Even though these neighborhoods are within the city limits, they are often more affordable due to their perceived distance from downtown and limited amenities, like grocery stores and restaurants.

These neighborhoods are experiencing a rebirth

All of that is changing with the development of new shopping, dining and entertainment opportunities.  In addition, some of the biggest reasons to consider a northern DC neighborhood (in NW and NE quadrants) are home size, price per square foot, and quiet streets.

These neighborhoods offer a diversity of single family home types such as row houses, bungalows and craftsmen. The home styles are typically larger than the more numerous condos, in places like Logan Circle and Columbia Heights.  Additionally, since they are further out from the city center, on average, the price per square foot is $100 less in these neighborhoods compared to neighborhoods closer to downtown.

While commute times are a consideration, a Metro station is located within most of these neighborhoods  or is easily reached by a short bus ride. Plus, the distance from downtown means less traffic, quieter streets, and closeness to more open space like Rock Creek Park.  For renters who desire communing with nature, owning a large dog, or growing their families, this is a welcome feature.

The growth is Undeniable

These neighborhoods are growing, with even more development planned for the future. Petworth real estate, is currently the most developed of the northern neighborhoods. The Georgia Avenue corridor offers residents a burgeoning restaurant scene, while Upshur Street gives a small-town vibe with its many street activities like the Farmer’s Market and its Art and Craft Fair. The Parks at Walter Reed, a 66-acre multi-use development will add 2000+ housing units, retail stores and an arts district. This will be a boon for buyers looking for Brightwood, 16th St. Heights, and Brightwood Park homes for sales given the complexes proximity to these neighborhoods.

The Ron Sitrin Team is active in these neighborhoods and has helped many satisfied buyers find their next home within the city limits.  If a larger home on quiet streets sounds appealing, reach out today.

Questions? I can help